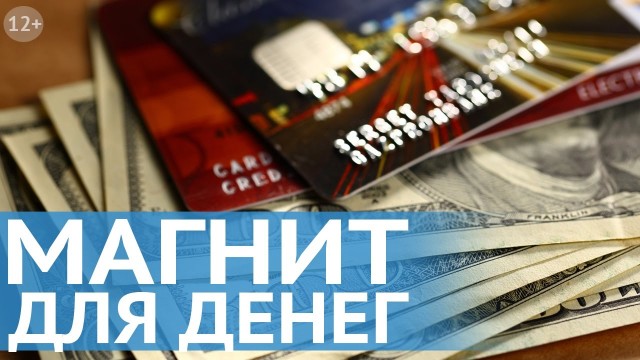 MAGNET FOR MONEY OR HAPPY COURSE

Each of us dreams of a happy and prosperous life. But how to increase your money income? Very simply, you need to have your money magnet.

That you always had money, you need to put in a purse a magnet for money - a special happy bill and try not to waste it.

How to determine which banknote will be a lucky talisman for you?

First of all, it is worth paying attention to the series and numbers on the banknotes.
If you, for example, were born on April 17, 1976, the number will look like 17.04.1976. The denomination will become a real magnet for money if in its number there will be numerical combinations of 17, 04, 976, 76. They can be arranged in an arbitrary order, but an ideal option if they go as a number, month, year. This is a real luck number for attracting cash.

Now pay attention to the letters of the series, they must coincide with your initials.
For example, you are Mikhail Ivanovich Krasnov. Look for banknotes with the letters KM or MI, but not KI.
The most ideal variant, when the series coinciding with the initials coincides, and the luck number with the date of birth.
Finding such a variation is not easy, but very difficult. If you find a note with inaccuracy, still start using it as a talisman. He will also act, only not powerful enough.

Someone looking for a registered note on this principle: if your name is Olga, Oleg - look for a combination of OL, for Nikita, Nina, Nikolai, a series of NIs, etc.,
The letters BG mean "BoGach", and ZL - "evil." Hence it follows that "evil" must be spent, and BG should be kept as a monetary talisman.

Z. Zolotukhina in her book describes the case when a woman found banknotes with lots of HA, NI, LI, CH. She did not spend it, and soon felt how money began to appear in her life without much difficulty. But, her husband once spent one of the banknotes, and the cash flow stopped. Probably, money WENT to another.

Another person managed to collect the phrase ET, OB, OG, AT, ST, VO. Naturally, such a successful combination in itself becomes a talisman. Similarly, you can collect the word BO, HA, TA or ID, IR, OM, HE.
There are several ways.

Just like a lucky banknote, in the number of which there are three figures seven. Ideal - when they are located in a row, one after another.
Seven carries a deep sacral meaning and embodies the success achieved not by work, but by chance, that is - luck.

By feng shui, the digital symbol of wealth and prosperity is the number eight.
Therefore, the bill with the eights will also be a good magnet for money, and, the more the eights, the better.